Trimble is proud to be a part of the winning team of the international BIM award for the research-project, Interlink. 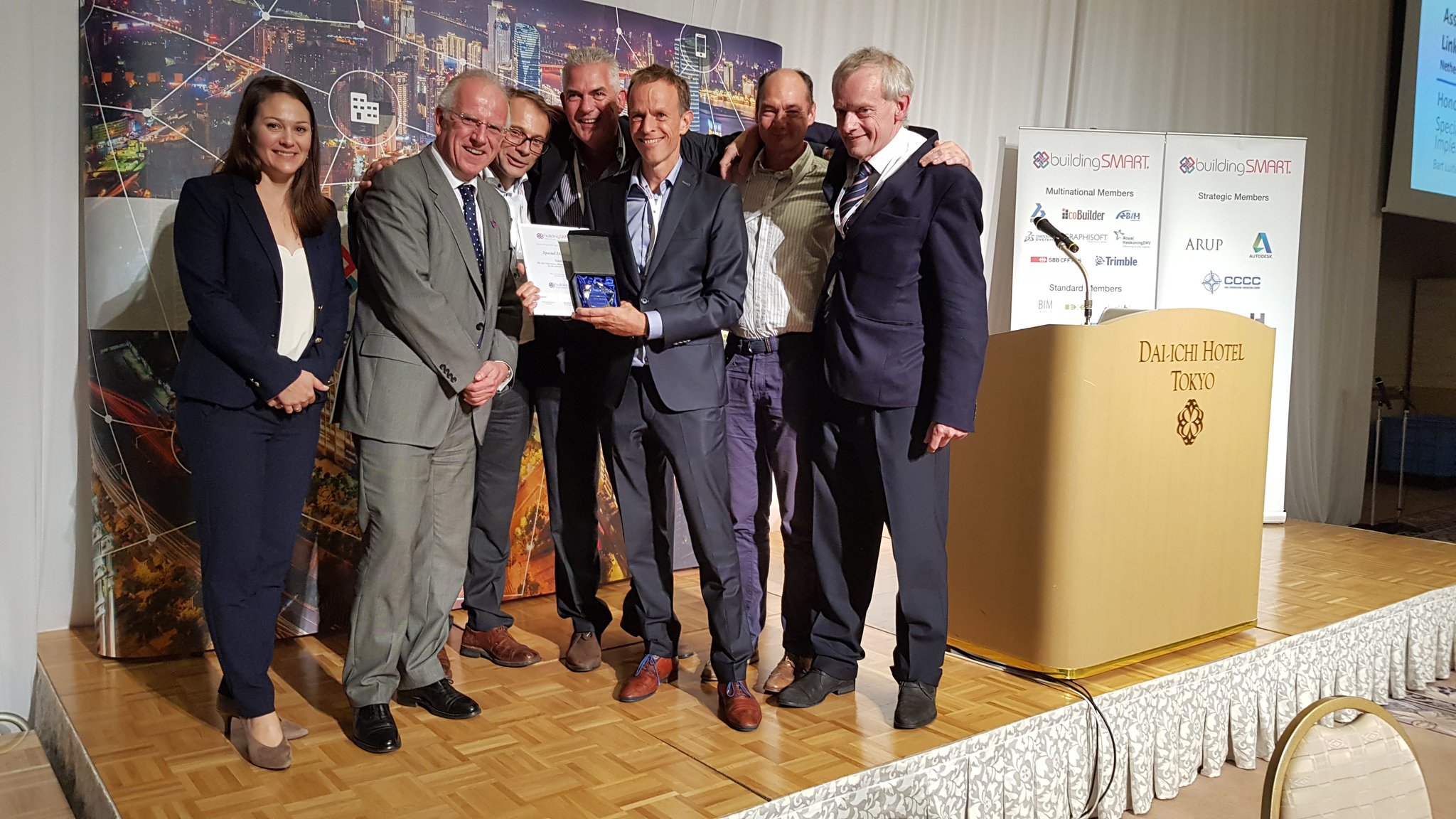 Trimble is working for the future industry and driving the technology for sharing data.

Trimble, together with TNO from the Netherlands and several other companies/organisations, won one of the Special Distinction prizes of this year international buildingSMART Award in Tokyo for the Interlink project. The project that aims to enable the National Roads Authorities to digitally share asset management data based on Sematic Web and Linked Data (SW/LD) technology. SW/LD ties multiple national and international standards together in a smart way to allow for improved data sharing and operations across both domain borders and European borders

The Interlink project started working in 2016 on the two-year research project for use of BIM (Building Information Modelling) for information management during the delivery and operation of civil infrastructure. The consortium commissioned for the project, entitled INTERLINK, comprises a research institute (TNO from the Netherlands), engineering and asset management consultants (ROD from Ireland and Royal HaskoningDHV from the Netherlands), ICT consultants and software companies (AEC3 from Germany, Trimble Solutions Sandvika from Norway, interactive instruments from Germany, and Semmtech from the Netherlands), and a national BIM implementation body (planen-bauen 4.0 from Germany). Read more about the project here

buildingSMART is a worldwide authority, driving transformation in construction through the creation of open, international BIM-standards.